There are a number of rules relating to the signing of leases that must be observed for  the document  to be fully valid, but there are some helpful alternatives where not all the potential signatories can be located in time.

Heading one over the banner
over two lines

This is the gradient text heading area (h2) over several lines as needed.

And other text if required

This is the main content area of the page. 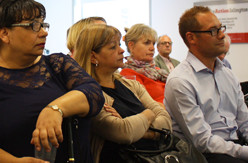 I am text block. Click edit button to change this text.

“I am text block. Click edit button to change this text.”

Mr A B Smith
Director