Janet manages BuildingAssets which developed out of a successful project supporting community buildings she ran for five years at Voluntary Action Islington.  The Community Buildings Project provided a range of types of support, especially with marketing, leases, fund-raising, quality standards and governance.  BuildingAssets ran under VAI’s auspices from July 2014 but became independent in July 2016.

Janet first became involved with community buildings in the 1980’s. Whilst working at Hackney Co-op Developments (HCD) she obtained grant funding to refurbish one entire side of a derelict street in Hackney, London,  to provide workspaces for social enterprises.  She obtained further funding to buy freehold properties in Hackney, enabling HCD to become largely self-sustaining financially.

She then worked as a consultant for the following 15 years, specialising in urban regeneration, workspace development, third sector development and small business development.  She designed and ran a support programme for women entrepreneurs in Ireland, and has worked as business advisor at a London Enterprise Agency.

Janet is an experienced trainer, facilitator and lecturer, and has been a tutor/counsellor for the Open University and taught at the University of North London and at Birkbeck College, where she delivered a post graduate course in governance for elected members.  She is an experienced project manager, and is a Prince 2 Practitioner. 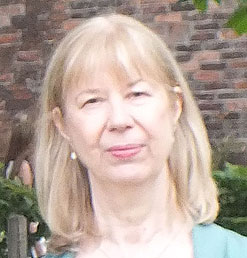 BuildingAssets is managed by Janet Keighley, who formerly ran the successful Community Buildings Project at Voluntary Action Islington.  Janet oversees every job, and also works directly on many of them.