Developing a Neighbourhood Plan is meant to give local communities the ability to put in place planning policies for the future development and growth of their neighbourhood.

A new free guide is available explaining how local and neighbourhood plans are written and adopted locally, at the same time as the minister has announced that changes to the neighbourhood planning regime have come into force designed to make the process faster and easier.

What are the changes?:

Read the guide: Access the Plain English guide to the planning system.

Developing a neighbourhood plan is likely to involve a lot of work but having such a plan should increase the communities ability to get the type of development and change they want, and protect their area against inappropriate development.

Support and grants have been available – see My Community Rights website – though this round is ending very soon. Note upcoming deadlines in late January and early February.

However, the Department of Communities& Local Government has announced that there will be a new programme for supporting neighbourhood planning which is intended to start in April 2015.  However, DCLG  hopes to allow groups to put in applications for neighbourhood planning grants in advance of April in order that they receive grants awarded from the start of April.

We will let you know when there is any further news. 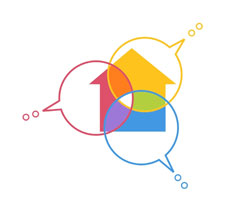